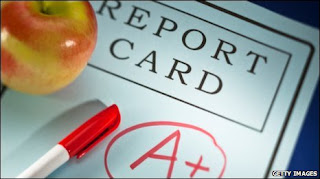 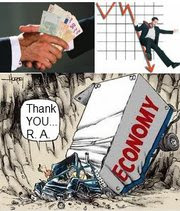 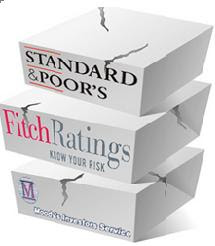 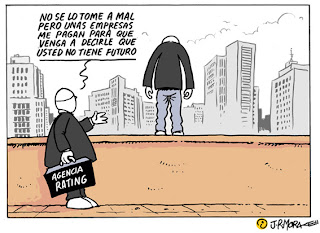 Fear of the Executioners

The Sinister Power of the Rating Agencies

As the debt crisis worsens, governments fear the rating agencies, which have the power of life and death over whole economies. The Big Three helped to cause the 2008 financial crisis and are now accused of worsening the euro zone's woes. But a look behind the scenes shows that there are few alternatives to the mighty agencies.


The man who will decide on the financial health of entire countries this summer wears dark suits and square wire-rimmed glasses. He has graying hair, but his face is youthful. He speaks in a sonorous baritone tinged with a southern German accent. Yes, this ratings guru is from Germany.


His name is Moritz Kraemer and he makes a friendly and relaxed impression. But when his critics talk about Kraemer's work, they characterize him as "highly dangerous" and a "firebrand," one of those murderous men "who destabilize all of Europe." His powerful opponents include the German chancellor, the president of the European Commission and the French head of state, to name just a few.


Kraemer is the head of the European sovereign credit ratings unit at Standard & Poor's. Together with his colleagues at the rating agency, he has helped ensure that Greek government bonds are now seen as "junk" and those from Portugal and Ireland are rated only slightly better. Being saddled with such a low rating makes it far more difficult for these countries to take out additional loans.


Kraemer and his team have repeatedly downgraded Greece's credit rating over the past two years -- and each step down the rating ladder has escalated the European debt crisis. "That was really rough," Kraemer admits in a surprisingly calm manner, "but we're simply obligated to promptly inform investors of our opinion of the risks involved." Kraemer assesses the creditworthiness of countries and addresses the question of how likely it is that they will become insolvent. Working with his colleagues, he takes hundreds of pieces of data, combines this with people's views and opinions, and finally distills this to a rating. The highest rating, AAA, has become the ultimate seal of approval. From there it goes downhill over nearly two dozen rungs to D, for default. Germany is rated AAA. Greece is hovering just above D.


Kraemer's job is normally a rather low-profile position that is only important for bond dealers, central bankers and other financial professionals. But these are no ordinary times. The currency market is teetering on the brink of disaster and suddenly everything Kraemer does has repercussions for entire countries -- and even continents.


Ever since he and his colleagues downgraded the US government's AAA sovereign credit rating on the Friday before last, shockwaves have been reverberating around the globe. Stock markets are plunging and politicians are dashing from one crisis summit to the next. When the rating agencies give the thumbs-down, the markets are obliged to follow. Indeed, most investors have no choice but to rely on the assessments of rating agencies. Their role is enshrined in countless statutes and regulations stating that institutions such as banks, insurance companies and pension funds may only invest in companies, financial securities and government bonds that are classified as practically risk-free. If the rating falls, they are forced to sell.


This gives enormous power to this tiny sector. The agencies' verdict decides whether, and at what price, a country can raise money on the capital markets -- and if the crisis will continue to escalate. If a country is downgraded, this price rises, which exacerbates its plight -- which could in turn lead to the next downgrading.


The governments of the euro zone, which are struggling to find a way out of the crisis, are forced to watch helplessly from the sidelines as the rating agencies make life more difficult for them. When they moved to have private-sector creditors shoulder part of the burden of a new aid package for Greece, the rating agencies threatened to give Greece a "default" rating, which would have caused renewed turmoil in the markets. It took intense negotiations to hammer out a compromise.


To make matters worse, all of this power lies largely in the hands of three private companies that have their headquarters in the US: Standard & Poor's (S&P), Moody's and Fitch (which has dual headquarters in New York and London). They form the infernal trio of the financial world.
Is it acceptable for so much power to be concentrated in private companies whose objective is not a stable financial system, but their own profit? Or is this precisely what global public finances need: an independent oversight that forces governments to tighten their belts and keep their budgets in order? Americans are only beginning to truly ask these questions now. The debate has been raging in Europe for months, however. European politicians across the political spectrum have harshly condemned the agencies, arguing that they are a threat to the global financial system and that they fuel the bloodletting on the markets.


These critics contend that in the run-up to the 2008 crash, the agencies helped spark the crisis by giving far too lenient ratings to American mortgage-backed securities. Now, they say that the agencies are being too harsh -- and are thus again responsible for widespread misery.


'You Need to Have a Thick Skin'


What effect does this have on Kraemer? Can he still sleep at night? And when he sees protests and street battles in Greece and Spain, does he feel partly responsible?
"No," says Kraemer. "You need to have a thick skin in that respect. Countries don't have to trim their budgets for our sake, but because they have accumulated too many debts."
Kraemer's office is located on the 27th floor of the Frankfurt Main Tower. The view extends all the way to the Taunus mountain range, but Kraemer is rarely here. Instead, he spends much of his time traveling around the world. "At least once a year we send a team to every country that is rated by S&P," he explains.


Many doors are opened for Kraemer, right up to the heads of government: "Ministers brief us on policy guidelines." He says that this dialogue with the governments is part of the rating process. "We of course listen to what they have to say -- anything else would be unreasonable."
At the same time, he adds, the rating agency doesn't rely too much on the plans and data presented during these visits. "We make our own analytical decisions."


'There Were No Calculation Errors'


That's hardly surprising. After all, many official figures are questionable. It's been common knowledge for some time that Greece's deficit figures were unrealistic. But how do you rate a country in such cases? "If the flow of information is too slow, we don't pull a rating out of a hat," says Kraemer, explaining that S&P withdrew its rating for Libya for this very reason. In the case of Greece, he adds, "there was, in our opinion, sufficient information available for an assessment."


Apparently, the information didn't shed a positive light on the country: In only 500 days, S&P downgraded its rating of Greece by seven notches. "The situation in Greece deteriorated much faster and more dramatically than was initially apparent," says Kraemer. "From today's perspective, though, no one would say that these steps were exaggerated."
Generally speaking, Kraemer also sees very few problems with the work of his agency -- not even with the fact that S&P initially apparently misinterpreted the US federal deficit. When analysts decided to lower the long-term sovereign credit rating for the first time from AAA to AA+, the US Treasury immediately sounded the alarm and contended that S&P had made a $2 trillion (€1.4 trillion) error in its calculations of the country's future debt. The agency asked for a few hours to think it over. It then confirmed the downgrade, but the reason had suddenly changed. Now, instead of highlighting its financial calculations, the agency cast doubt on the country's political leadership.


"There were no calculation errors," Kraemer says. "We only used an alternative scenario to examine the anticipated growth in expenditure." The reaction from politicians is not surprising, he says: "If there is bad news, they often first try to play it down and discredit the analysis." The US Treasury sees things differently: "They (S&P) have handled themselves very poorly and they've shown a stunning lack of knowledge about basic US fiscal budget math," said Treasury Secretary Timothy Geithner.