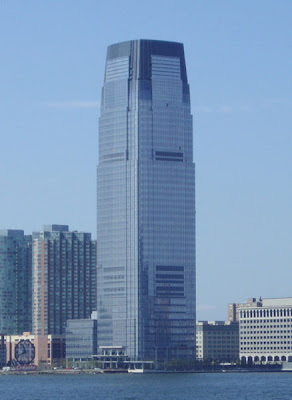 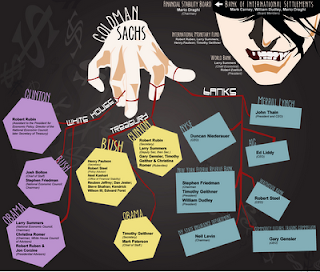 Eurozone Collapse And How To Profit From It
Michele Lin
8 September 2011
On the 16th of August, Goldman Sachs released a report, State of the Markets – Long and Short Risk Strategies, that is currently making its way around the Internet. Originally intended as a private report for its institutional clients – hedge funds that is – a copy was leaked to the Wall Street Journal who was also the first media outlet to break the news.
Though the international mainstream media has been largely silent, the Goldman report has been causing quite a stir with the online community.
The author, Alan Brazil, a key Goldman strategist who sits on the firm’s trading desk, made three major calls about the state of global markets.
One, that China’s growth is unsustainable, and secondly, the U.S. economy is still languishing and small businesses that have traditionally been the key drivers of jobcreation were still fighting to stay afloat. Finally, Mr. Brazil declares that European bank funding requirements may be substantial compared to their sovereign capacity, estimating that close to US$1 trillion in capital may be needed to shore up European banks.

Diseased and Dangerous – The US and Europe’s Grand Debacle: Joseph Stiglitz

Europocalypse - Are The Days of The Eurozone Numbered?: Nouriel Roubini


Yet, such gloom and doom reports are nothing the markets have not heard of. The financial markets have been moving erratically, reacting sharply each time a negative data report is released – a key sign that investors are paranoid, jittery and staring out into an uncertain future for the world economy.

Economists and governments have also been sounding out the same worries for quite some time.

So why is there so much chatter surrounding the latest report by Goldman Sachs?

To be fair, Goldman Sachs does not have the best track record in methods of profiteering. In 2009, theRolling Stone magazine published an extensive and scathing article about Goldman Sachs, The Great American Bubble Machine, documenting the numerous instances and ways in which Goldman manipulated markets for their own corporate gains.

“From tech stocks to high gas prices, Goldman Sachs has engineered every major market manipulation since the Great Depression – and they’re about to do it again.”


“If American is now circling the drain, Goldman Sachs has found a way to be that drain.”


“Goldman scammed housing investors by betting against its own crappy mortgages.”


In the aforementioned report by Goldman, Mr. Brazil suggests ideas for trading on the downward analysis; A fancy option play the offers a way to take a bearish bet through an index of insurance contracts on the credit of European financial stocks.

“Goldman sometimes took the bearish end of such trades even as it was selling the bullish end to clients.” The Wall Street Journal,September 1, 2011


Perhaps, it is because the painful reminiscences from the 2008/09 financial crisis are still deeply etched in the memories of many, causing the burst of dissonance within the online community.

However, there is perhaps a worthy takeaway from this contentious Goldman report.

Moving beyond the fuss, a pertinent question to ask is: Given the position Goldman Sachs is advocating, should we prepare for the euro’s breakup?

Many have been quick to jump into the popular rhetoric surrounding the possibility of a euro breakup. But such arguments often miscalculate the consequences and the political, social, and economic costs involved. Many who advocate a euro breakup also fail to account for the legality of such propositions.

Constitutionally, the Treaty of Lisbon addresses the issue of withdrawal by a European Union (hereafter, EU) Member State in its Article 50.

Article 50 explicitly states that a member state is able to negotiate an exit from the EU, though it fails to provide details about execution. Most importantly, however, Article 50 provides a legal framework for a Member to leave the EU, but not to leave the European Monetary Union (hereafter, EMU).

An appropriate remedy here would require an amendment of The Treaty of Maastricht. Yet, constitutional changes governing the EU and the EMU calls for unanimous consent from all 27 EU Member States.

Assuming all legal obstacles were out of the way, there is also a need to account for the high costs involved should the euro breakup.

Just two days ago, UBS published a paper on the euro, and quantified the economic costs at stake should a country like Germany leave the Euro:

“Were a stronger country such as Germany leave the euro, the consequences would include corporate default, recapitalization of the banking and collapse of international trade. If Germany were to leave, we believe the cost to be around €6,000 to €8,000 for every German adult and child in the first year, and a range of €3,500 to €4,500 per person per year thereafter. That is the equivalent of 20% to 25% of GDP in the first year. In comparison, the cost of bailing out Greece, Ireland and Portugal entirely in the wake of the default of those countries would be a little over €1,000 per person, in a single hit.”


The same report goes on to say that “the economic cost is, in many ways, the least of the concerns investors should have about a breakup. Fragmentation of the euro would incur political costs. Europe’s “soft power” influence internationally would cease (as the concept of “Europe” as an integrated polity becomes meaningless). It is also worth observing that also no modern fiat currency monetary unions have broken up without some form of authoritarian or military government.

The problem with the euro is that it was promoted (to the general public) as an instrument towards foreign exchange integration. What was not acknowledged initially was the immense difficulty in achieving fiscal integration, or at least fiscal coordination, between member countries with distinctly different economic repertoires.

“I am sure the euro will oblige us to introduce a new set of economic policy instruments. It is politically impossible to introduce that now. But some day there will be a crisis and new instruments will be created - ”Romano Prodi.

While many may not like what the Goldman Sachs report had to say, it is nevertheless time to rethink the outlook for the euro and the European Monetary Union.