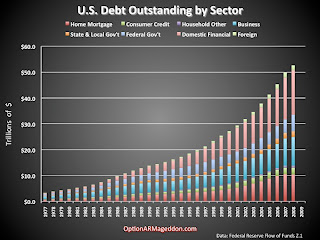 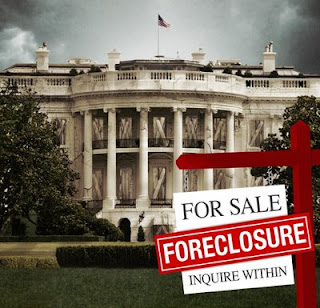 
The greatest threat to future American prosperity is the debt and deficits that continue to shackle the largest economy in the world. This year, our national deficit will be $1.65 trillion while our national debt is currently $14.3 trillion. The debt comes out to more than $46,000 for every man, woman and child in America. In just four years, the Democrat controlled Congress spent more money than every previous Congress combined, putting their out of control spending on the tab of future generations.

In the last two years, President Obama has warned us about our growing debt yet his rhetoric is never followed by any serious action. In his first two budgets, there was a 24% increase in federal discretionary spending. Including the “stimulus” package, discretionary spending jumped 84% since Obama took office. In response to his spending binge, the President offered to cut merely $6 billion in his new budget for 2011, which is less than 1% of our national debt.
When Republicans took over the House in January, they offered their own plan to cut $61 billion, which is ten times what the President proposed. But $61 billion is a drop in the bucket. Not surprisingly, the Republican proposal failed to pass the Democrat controlled Senate.
Just last month, the US recorded its largest monthly budget deficit of $223 billion, a 14% increase from just a short year ago. And by the end of the year, our national debt will exceed our gross domestic product. Yes, you read that correctly. Since President Obama’s own budget predicts our national debt will be $15.5 trillion by the end of the year and our GDP is about $14.6 trillion, America will soon have more than a 100% debt to GDP ratio. By 2030, the Congressional Budget Office predicts the debt will be double the entire US economy. America hasn’t charged this amount of money on its credit cards since World War II, when our debt as a percentage of our GDP was an astounding 108.6%.

Most of their debt is held domestically while more than half of America’s debt is held by foreign nations. Not only are more Americans becoming more and more dependent on government, our country is becoming more dependent on foreign nations to pay its bills. And as the United States continues to barely have positive economic growth, China has just overtaken Japan as the second largest economy. In the last five years, China’s economic growth has averaged 11.2% while the US economy has averaged only 3%. As China’s economy continues to soar, the US is handing our economic future to our biggest competitor.

As our debt continues to balloon, the interest alone will rise from $220 billion to $860 billion by 2020. The interest skyrockets by 400% in less than nine years. To put that in perspective, that is roughly the size of the “stimulus” package, which President Obama promised would keep the unemployment rate below 8%. But our unemployment rate currently sits at 8.9% with 14 million Americans still out of work.

Every single day America is borrowing roughly $5 billion to fund our government and we are borrowing 40 cents out of every dollar just to stay afloat. The largest drivers of our national debt are the entitlement programs, which the White House and congressional Democrats refuse to address and Republicans are simply afraid to reform. Entitlements consume 56% of total federal spending and will double by 2050. By 2052 they will make up all of our tax revenue.
On March 15th House Republicans passed another short-term continuing resolution to fund the government for the next three weeks. It cut $6.1 billion on a day when our national debt increased by $72 billion. These small cuts were more than what the Democrats were willing to cut over the next seven months.

Congress and the White House aren’t even close to seriously addressing our fiscal disaster. It is time our government step up and enact serious fiscal reform by cutting spending, limiting the size of government and reforming the unsustainable entitlement programs for our future as a prosperous nation depends upon it.