The internet is killing storytelling

Narratives are a staple of every culture the world over. They are disappearing in an online blizzard of tiny bytes of information

Click, tweet, e-mail, twitter, skim, browse, scan, blog, text: the jargon of the digital age describes how we now read, reflecting the way that the very act of reading, and the nature of literacy itself, is changing.

The information we consume online comes ever faster, punchier and more fleetingly. Our attention rests only briefly on the internet page before moving incontinently on to the next electronic canapé.
Addicted to the BlackBerry, hectored and heckled by the next blog alert, web link or text message, we are in state of Continual Partial Attention, too bombarded by snippets and gobbets of information to focus on anything for very long. Microsoft researchers have found that someone distracted by an e-mail message alert takes an average of 24 minutes to return to the same level of concentration.
The internet has evolved a new species of magpie reader, gathering bright little buttons of knowledge, before hopping on to the next shiny thing.

It was inevitable that more than a decade of digital reading would change the way we do it. In a remarkable recent essay in the Atlantic Monthly Nicholas Carr admitted that he can no longer immerse himself in substantial books and longer articles in the way he once did. “What the net seems to be doing is chipping away at my capacity for concentration and contemplation,” he wrote. “My mind now expects to take in information the way the net distributes it: in a swift-moving stream of particles.”

If the culprit is obvious, so is the primary victim of this radically reduced attention span: the narrative, the long-form story, the tale. Like some endangered species, the story now needs defending from the threat of extinction in a radically changed and inhospitable digital environment.
Last year Hollywood veterans and scientists from the Massachusetts Institute of Technology teamed up to create a laboratory aimed at protecting the traditional tale from oblivion: the Centre for Future Storytelling. However ludicrous that may sound, they have a point. Storytelling is the bedrock of civilisation. From the moment we become aware of others, we demand to be told stories that allow us to make sense of the world, to inhabit the mind of someone else. In old age we tell stories to make small museums of memory. It matters not whether the stories are true or imaginary.
The narrative, whether oral or written, is a staple of every culture the world over. But stories demand time and concentration; the narrative does not simply transmit information, but invites the reader or listener to witness the unfolding of events.

Stories introduce us to situations, people and dilemmas beyond our experience, in a way that is contemplative and gradual: it is the oldest and best form of virtual reality.
The internet, while it communicates so much information so very effectively, does not really “do” narrative. The blog is a soap box, not a story. Facebook is a place for tell-tales perhaps, but not for telling tales. The long-form narrative still does sit easily on the screen, although the e-reader is slowly edging into the mainstream. Very few stories of more than 1,000 words achieve viral status on the internet.

Meanwhile, a generation is tuned, increasingly and sometimes exclusively, to the cacophony of interactive chatter and noise, exciting and fast moving but plethoric and ephemeral. The internet is there for snacking, grazing and tasting, not for the full, six-course feast that is nourishing narrative. The consequence is an anorexic form of culture.

Plot lies at the heart of great narrative: but today, we are in danger of losing the plot. Paradoxically, there has never been a greater hunger for narrative, for stories that give shape and meaning to experience. Barack Obama was elected, in large measure, on the basis of his story, the extraordinary odyssey that begins in Hawaii and ends in the White House, taking in Chicago and Kenya along the way.

The news stories that compel us are not the blunt shards of information, but those with narrative: the tragic mystery of Madeleine McCann; the enraging saga of parliamentary scandal; the strange decay of Gordon Brown’s premiership. Reality television, The X Factor, Strictly Come Dancing, all are driven by personal narratives as much as individual talent.

Our fascination with other people’s stories is as great, if not greater, than any time in history. This year I am judging the Costa biography of the year award. The astonishing range of biographical writing is testament to our appetite for narrative. Reading several dozen lives, one after the other, has been fascinating, but also unfamiliar, and exhausting. Like Carr and, I suspect, many others, I too have become used to absorbing lives in Wikipedia-shaped chunks.

What is needed is a machine that can combine the ease and speed of digital technology with the immersive pleasures of narrative. It may not be far off. Japan has recently seen an explosion in the popularity of thumb novels, keitai shosetsu, book-length sagas that can be uploaded to the screen of your mobile phone, one page at a time.

These mobile telephone tales are written in the language of the net: scraps of text-speak, slang and emoticons, but these are still unmistakably narratives, stories with a protagonist, a beginning and an end. They are also hugely popular: sales of books in Japan are dropping, but half the Top Ten fiction bestsellers started on mobile telephones. Here is proof that the ancient need for narrative, hardwired into human nature, can sit comfortably with the wiring of the newest technology.

Narrative is not dead, merely obscured by a blizzard of byte-sized information. A story, God knows, is still the most powerful way to understand. In the beginning was the Word, and the Word, in the great narrative that is the Bible, was not written as twitter.
Contact us | Terms and Conditions | Privacy Policy | Site Map | FAQ | Syndication | Advertising
© Times Newspapers Ltd 2010 Registered in England No. 894646 Registered office: 3 Thomas More Square, London, E98 1XY
Publicada por Frederico Füllgraf em 05:48 Nenhum comentário: 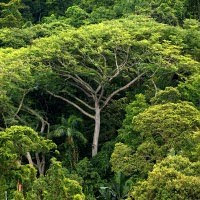 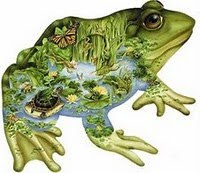