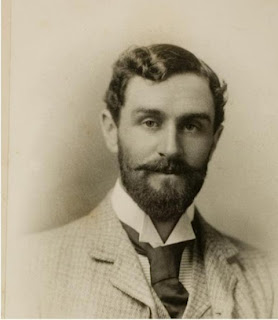 I believe England to be the enemy of European peace, and that until her "mastery of the sea" is overmastered by Europe, there can be no peace upon earth or goodwill among men. Her claim to rule the seas, and the consequences, direct and indirect, that flow from its assertion are the chief factors of international discord that now threaten the peace of the world.

In order to maintain that indefensible claim she is driven to aggression and intrigue in every quarter of the globe; to setting otherwise friendly peoples by the ears; to forming "alliances" and ententes, to dissolving friendships, the aim always being the old one, divide et impera.

The fact that Europe to-day is divided into armed camps is mainly due to English effort to retain that mastery of the sea. It is generally assumed, and the idea is propagated by English agencies, that Europe owes her burden of armaments to the antagonism between France and Germany, to the loss of Alsace-Lorraine by France, and the spirit and hope of a revanche thereby engendered. But this antagonism has long ceased to be the chief factor that moulds European armaments.

Were it not for British policy, and the unhealthy hope it proffers France would ere this have resigned herself, as the two provinces have done, to the solution imposed by the war of 1870. It is England and English ambition that beget the state of mind responsible for the enormous growth of armaments that now over-shadows continental civilization. Humanity, hemmed in in Central Europe by a forest of bayonets and debarred all egress to the light of a larger world by a forbidding circle of dreadnoughts, is called to peace conferences and arbitration treaties by the very power whose fundamental maxim of rule ensures war as the normal outlook for every growing nation of the Old World.

If Europe would not strangle herself with her own hands she must strangle the sea serpent whose coils enfold her shores.

Inspect the foundation of European armaments where we will, and we shall find that the master builder is he who fashioned the British Empire. It is that empire, its claim to universal right of pre-emption to every zone and region washed by the waves and useful and necessary for the expansion of the white races, and its assertion of a right to control at will all the seas of all the world that drives the peoples of Europe into armed camps. The policy [pg 38]of the Boer War is being tried on a vaster scale against Europe. Just as England beat the Boers by concentration camps and not by arms, by money and not by men, so she seeks to-day to erect an armourplate barrier around the one European people she fears to meet in the field, and to turn all Central Europe into a vast concentration camp. By use of the longest purse she has already carried this barrier well towards completion. One gap remains, and it is to make sure that this opening, too, shall be closed that she now directs all the force of her efforts. Here the longest purse is of less avail, so England draws upon another armoury. She appeals to the longest tongue in history—the longest and something else.

In order to make sure the encompassing of Europe with a girdle of steel it is necessary to circle the United States with a girdle of lies. With America true to the great policy of her great founder, an America, "the friend of all powers but the ally of none," English designs against European civilization must in the end fail. Those plans can succeed only by active American support, and to secure this is now the supreme task and aim of British stealth and skill. Every tool of her diplomacy, polished and unpolished, from the trained envoy to the boy scout and the minor poet has been tried in turn. The pulpit, the bar, the press; the society hostess, the Cabinet Minister and the Cabinet Minister's wife, the ex-Cabinet Minister and the Royal Family itself, and last, but not least, even "Irish nationality"—all have been pilgrims to that shrine; and each has been carefully primed, loaded, well aimed, and then turned full on the weak spots in the armour of republican simplicity. To the success of these resources of panic the falsification of history becomes essential and the vilification of the most peace-loving people of Europe. The past relations of England with the United States are to be blotted out, and the American people who are by blood so largely Germanic, are to be entrapped into an attitude of suspicion, hostility and resentment against the country and race from whom they have received nothing but good. Germany is represented as the enemy, not to England's indefensible claim to own the seas, but to American ideals on the American continent. Just as the Teuton has become the "enemy of civilization" in the Old World because he alone has power, strength of mind, and force of purpose to seriously dispute the British hegemony of the seas, so he is assiduously represented as the only threat to American hegemony of the New World [...] 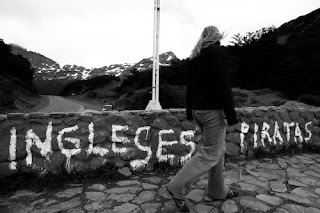